Akamai August All Hands & 20th Anniversary Celebration
Akamai is the global leader in Content Delivery Network (CDN) services and enables corporations and government agencies to deliver content and applications such as ads, business transaction tools, HD quality streaming video and websites over the internet. Akamai is the edge – and keeps decisions, apps and experiences closer to users, and attacks or threats far away. 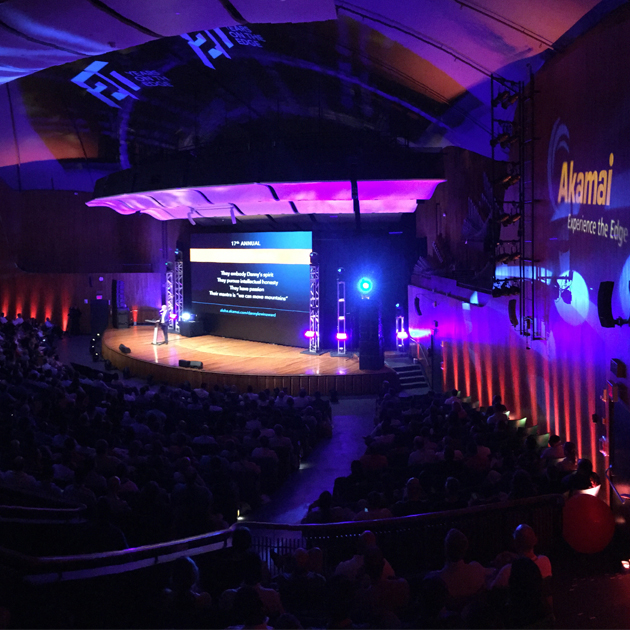 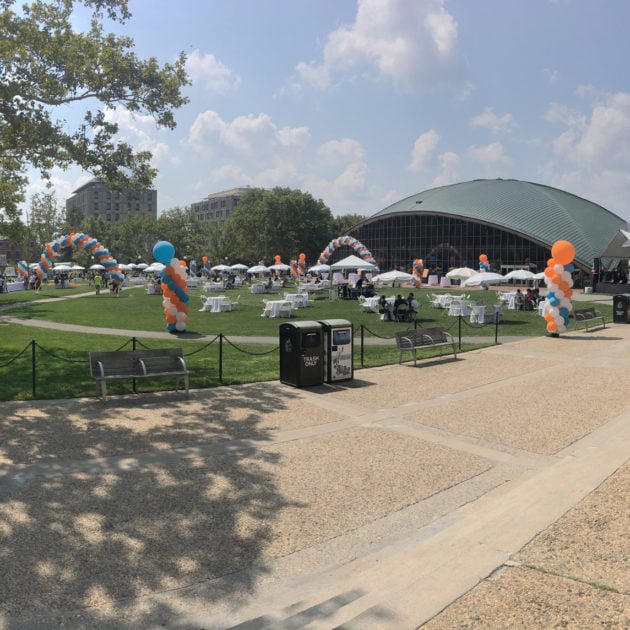 Our initial engagement was to support the Akamai All Hands meeting, which is comprised of 3 events over an 18- hour period (live event for 700 attendees with webcast, late night & early morning APJ and EMEA studio broadcasts, and multiple 2-way location interaction). Then a few weeks out from the event, management made the decision to make this meeting a celebration of their 20th Anniversary and launch of the new company tagline. How would the internal team make this happen with so little time to spare? 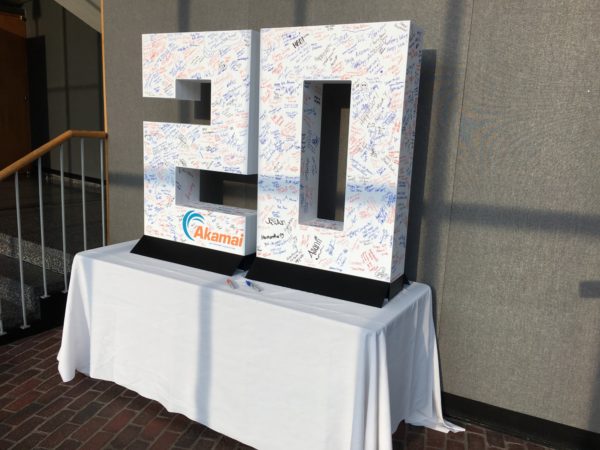 Our team launched into action with a collaborative brainstorm session where ideas flowed that resonated with the team. On event day, as they approached the auditorium, attendees were greeted by the funk jazz sounds of local band, The Boston Horns, which gave them a skip in their step before event stepping onto the grass. The Kresge Oval had been transformed into a fully branded barbecue party with oversized balloon arches and pillars surrounding the space. Once they entered the foyer there were a series of huge 4’ tall branded helium balloons, and a 4’ tall 3-Dimensional 20th Anniversary logo for everyone to sign. It was clear to all that more was to be revealed.
Inside the auditorium a 24’ wide LED screen displayed brilliant color on the stage for content and IMAG, while imagery and kinetic lighting painted the walls and ceiling in textures and gobo imagery. For the crescendo, the moving lights brought the walls to life with lights and patterns, the Line Array speakers thumped the air while this audience celebrated.

From the time everyone first laid eyes on the barbecue space, to dancing along with the band, through a delicious lunch and playing games on the grass, to the closing moment of the event – this team was energized. Success can look like a lot of things. In this case, success was shown in the smiles and applause from the guests. Their 20th Anniversary Celebration was a high energy and memorable experience for the entire company! 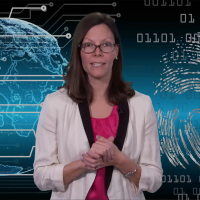 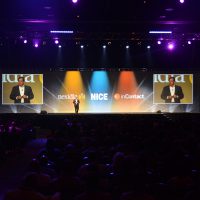 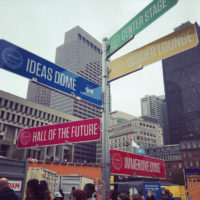 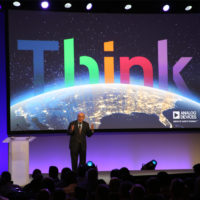 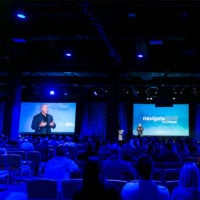 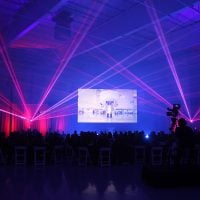